Put letter A and a (cursive and manuscript) on 12 circle stickers.  Hide them in a room.  Once she finds them, she puts them on letter A outline. (I used printed ones for this, but they were too big.  By the letter D, I just made small handwritten letters on card stock to put the stickers on).  (See picture above.)

Letter A book (I only chose three of the pages I thought she would like most.)

Paint cardboard apple and alligator plate (see picture above…I did not get a picture of the alligator.)  She ended up painting an apple on some paper, as well as painting some rocks too. The alligator was basically a large plate painted green, then folded in half.

At some point she wanted to write the letter A, so she did. (See picture above.) 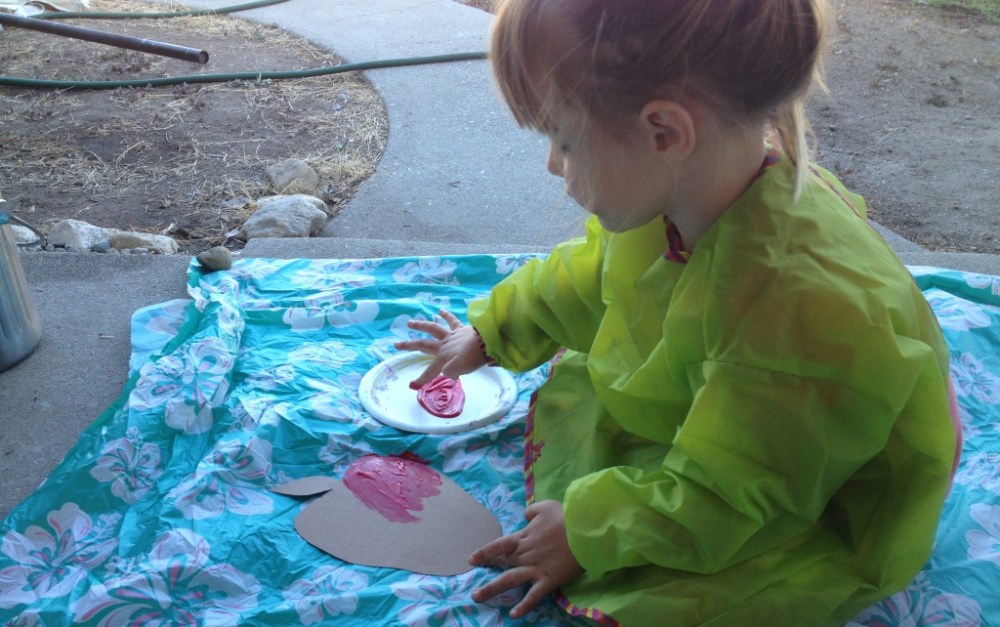 Find matching googly eyes for alligator, put A stickers in his mouth 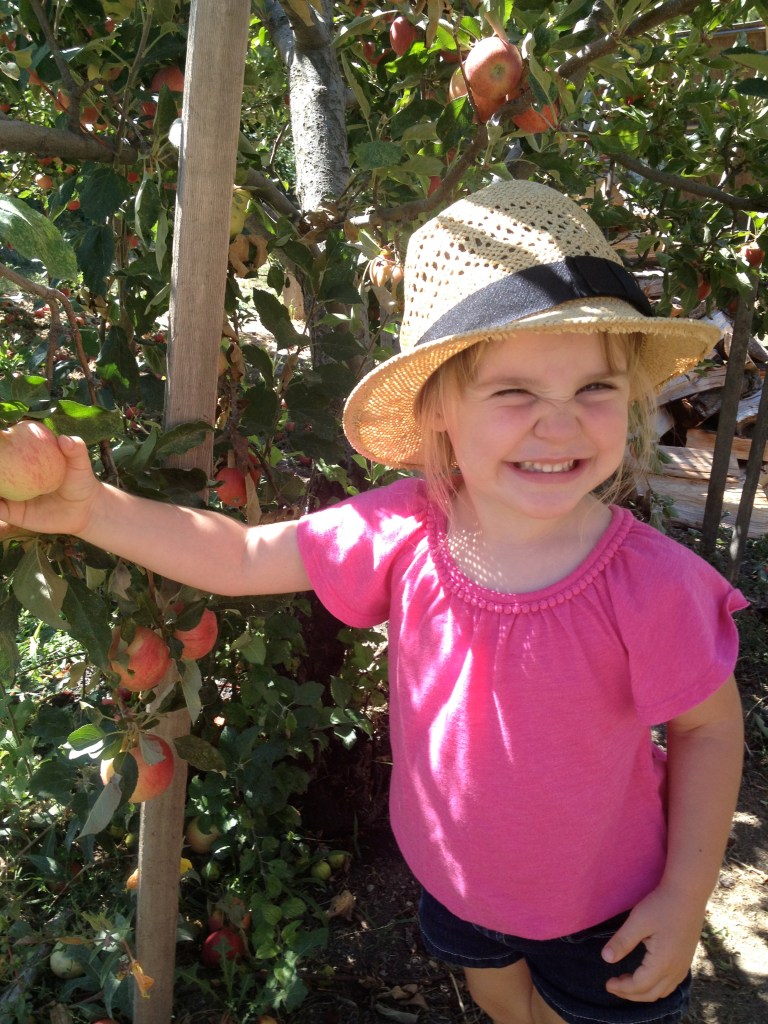 Gather up any toys (animals are especially great for this.) And display them somewhere, museum like. (I liked this, but it ended up meaning we had a bunch of toys lying around.  By the letter D, I had learned to turn the items into dinner decorations on the table.  That way they were contained.  But, also provided conversation at the table.)

A Is for Awesome video 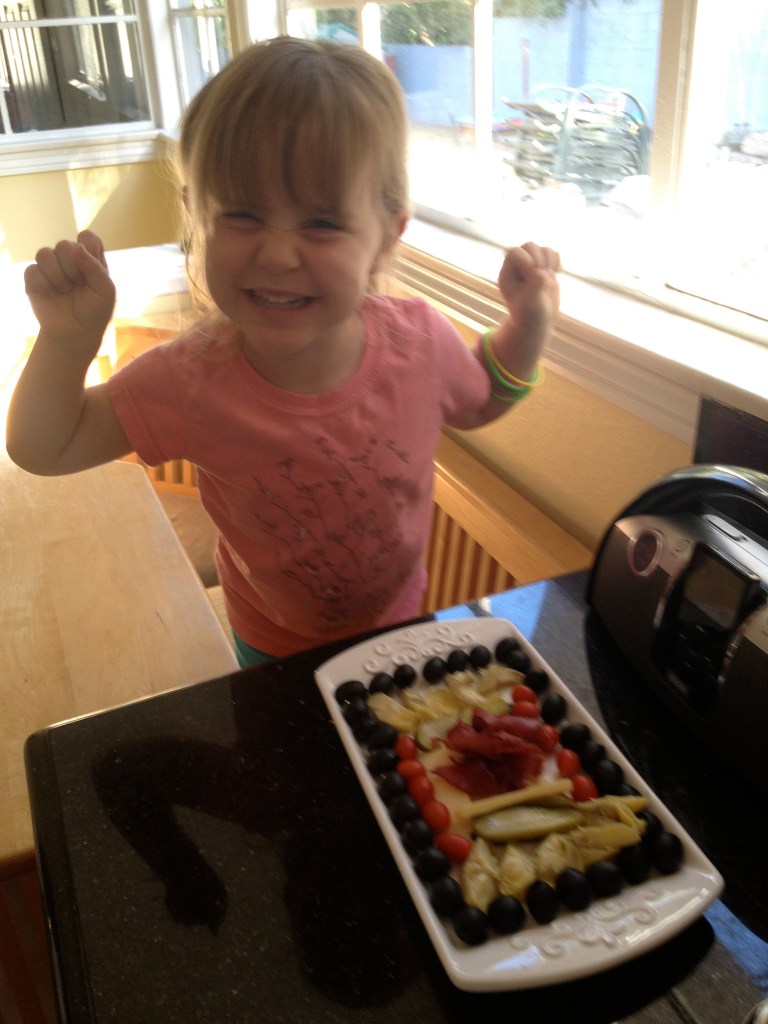 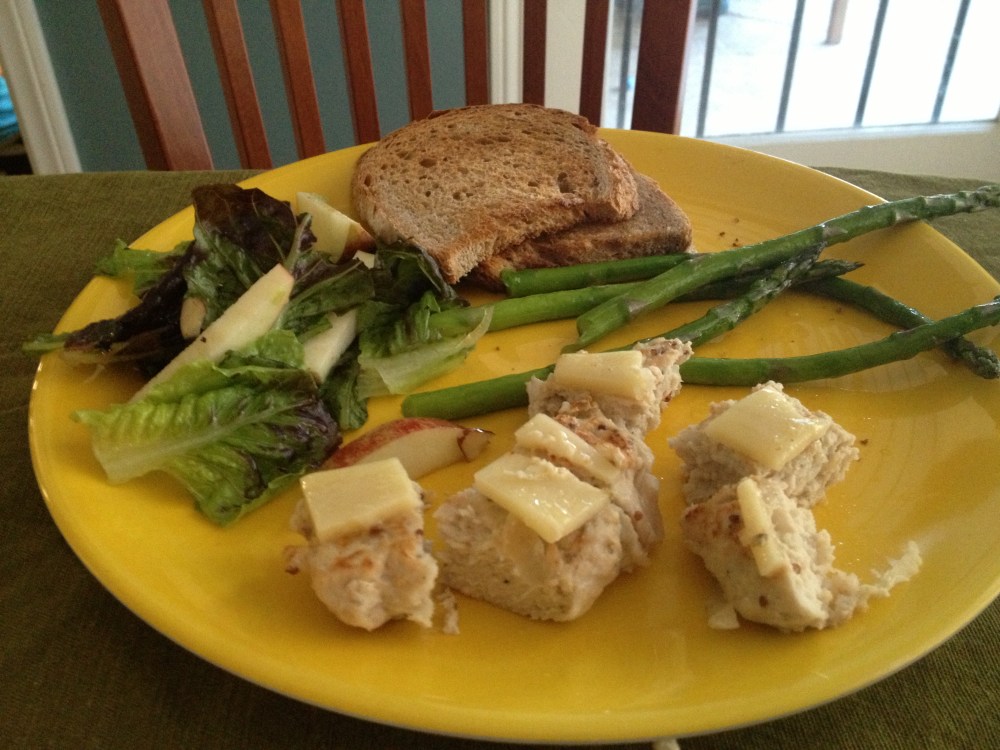 Here it is before cooking.  Basically sliced apples, butter, cinnamon and sugar with some biscuit dough on top.  Cook it in a dutch oven for about 20 min.  Delicious!  Here’s the actual recipe. 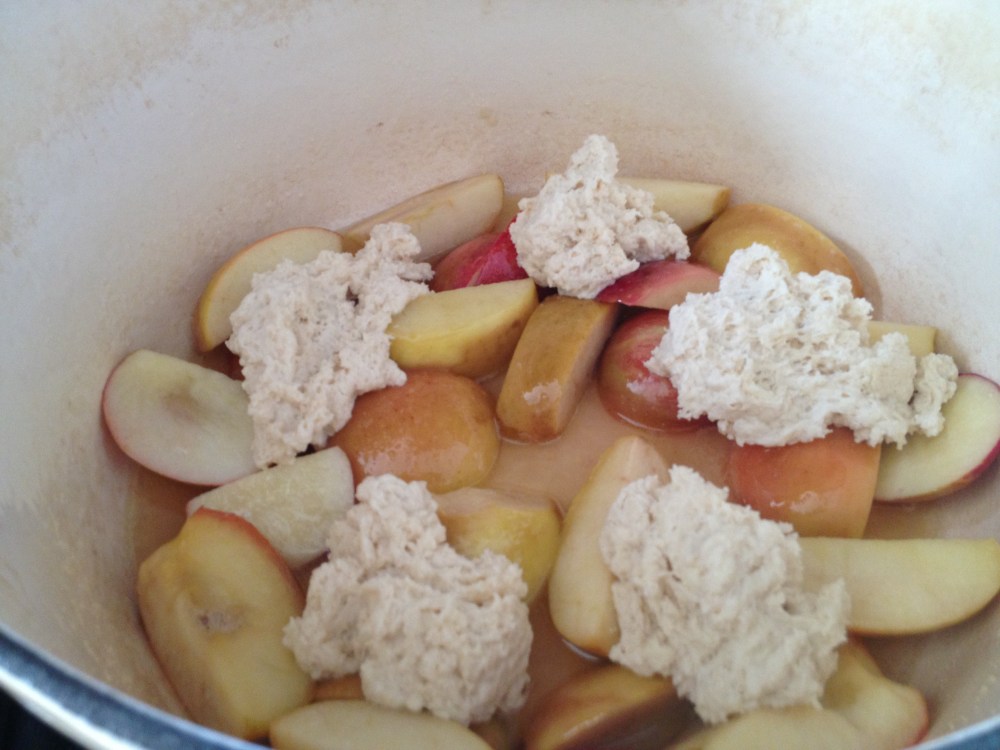 To see more themes and what my three year old learned this year, click here.