This was such a fun activity!  In preparation for a flight we were planning on taking in a few weeks, I thought it might be good to show my daughter what it meant to go to the airport and fly on a plane beforehand.  So we did an airplane unit (coming soon), that culminated in a fun party with some friends.

The activity the kids were to do first when everyone was arriving was squeezing lemons.  Great motor skill work and great fun for them. 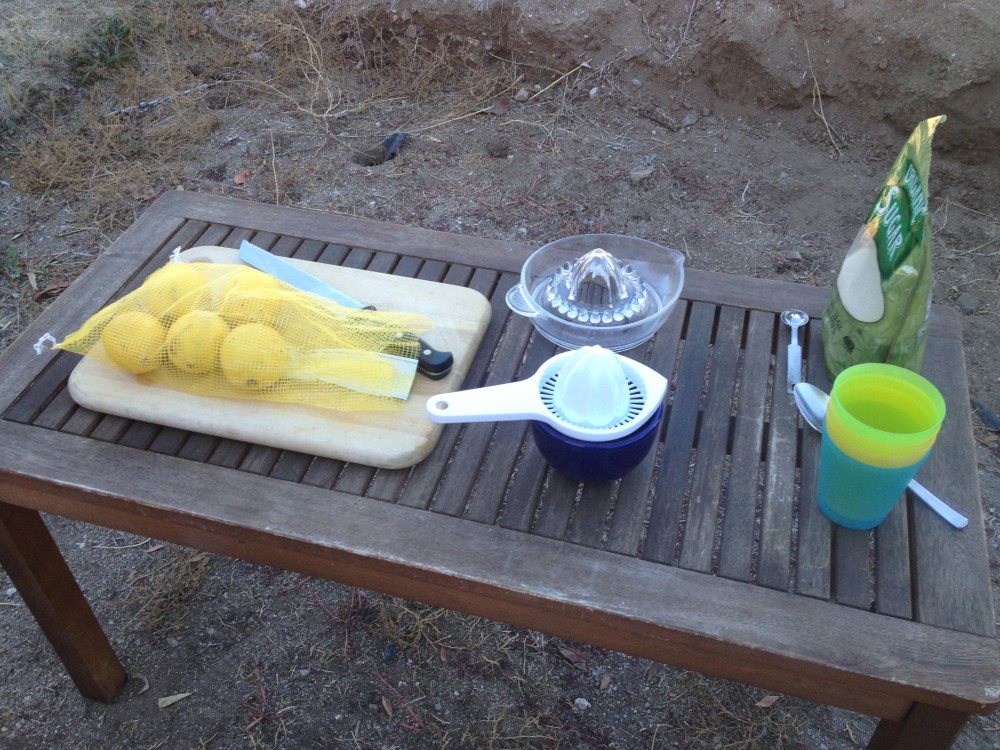 I knew it would’ve required a lot of time on my part to get all the water and sugar portions right for a large amount, but we did add a little sugar and water to their efforts.  It was very sour. 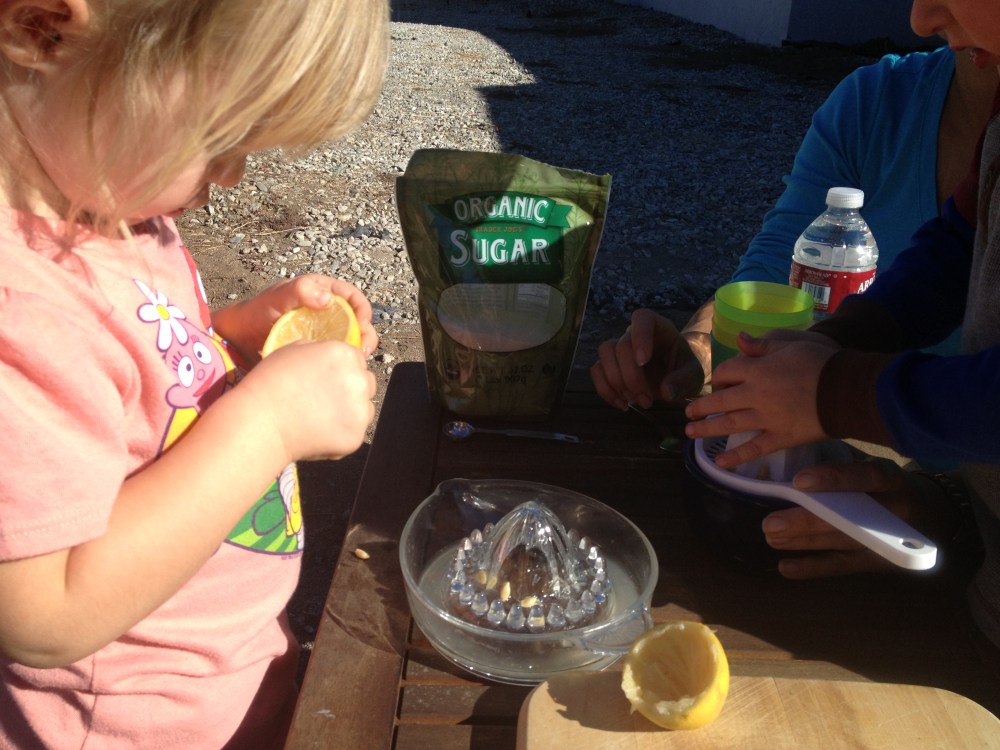 I then handed them their boarding passes (download and adjust ones on iDiY) and they headed off to make up their carry on bags.  I laid out a big brown grocery bag with each name on it, an airplane to color, crayons, a bag with a few pennies in it, headphones and a stuffed friend. 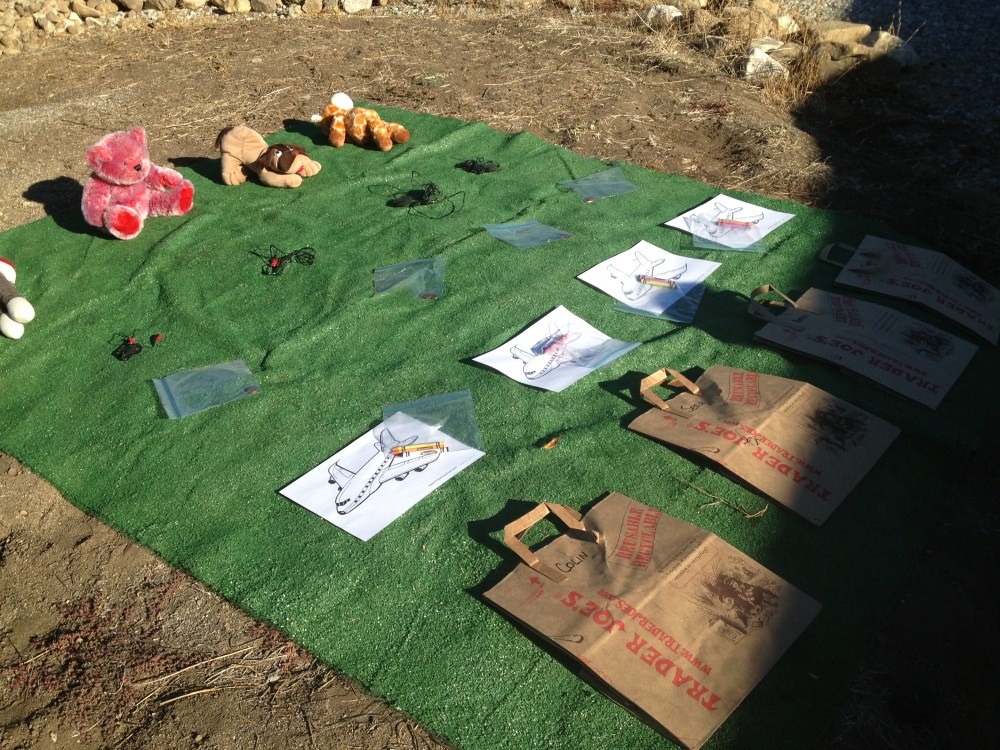 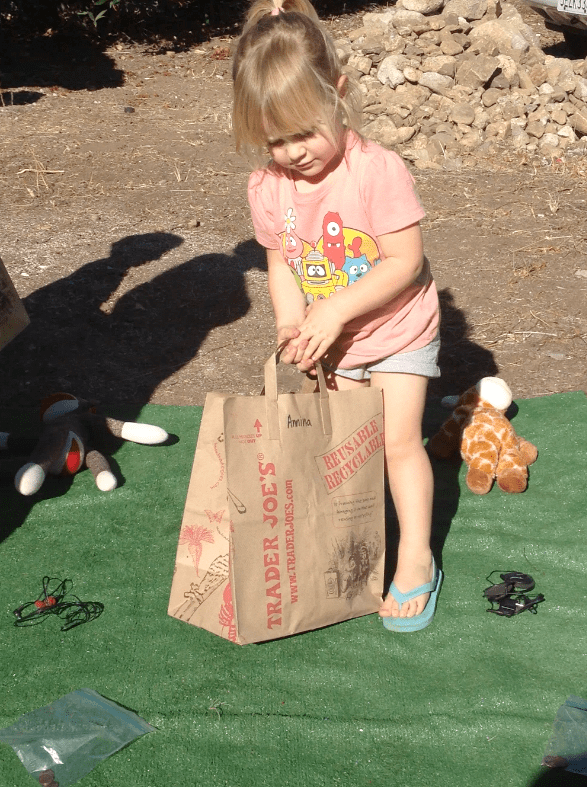 I didn’t get any pictures of this part (I was determined to try to be more present for Annina).  After getting their carry on together, they went over to our side gate where I had placed a table.  They put their bag on the table to slide it “through” the gate and each parent pretended to be the check in person, and looked at their boarding pass and passed it along.  The passes from that page turned out super cute!

Then they walked to the “gift store” I had set up.  Everything was one penny.  So they got to each choose an item.  I had put out bags of food (raisins, cucumbers, dried apricots), small playdoh, and small books.  They had to put their pennies in the center bowl once they decided what to purchase. (Pretty sure my daughter took out pennies when I wasn’t looking since I found a bunch in her bag later. 🙂 ) 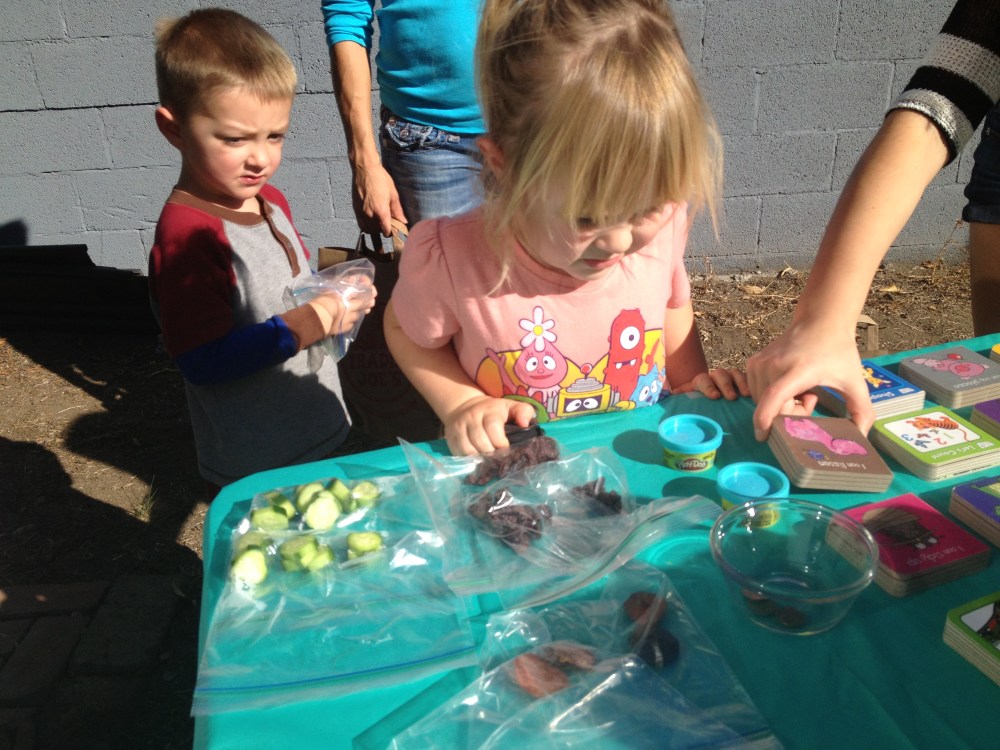 Once they’d finished their purchase, they headed over to the “gate” and read books or colored. 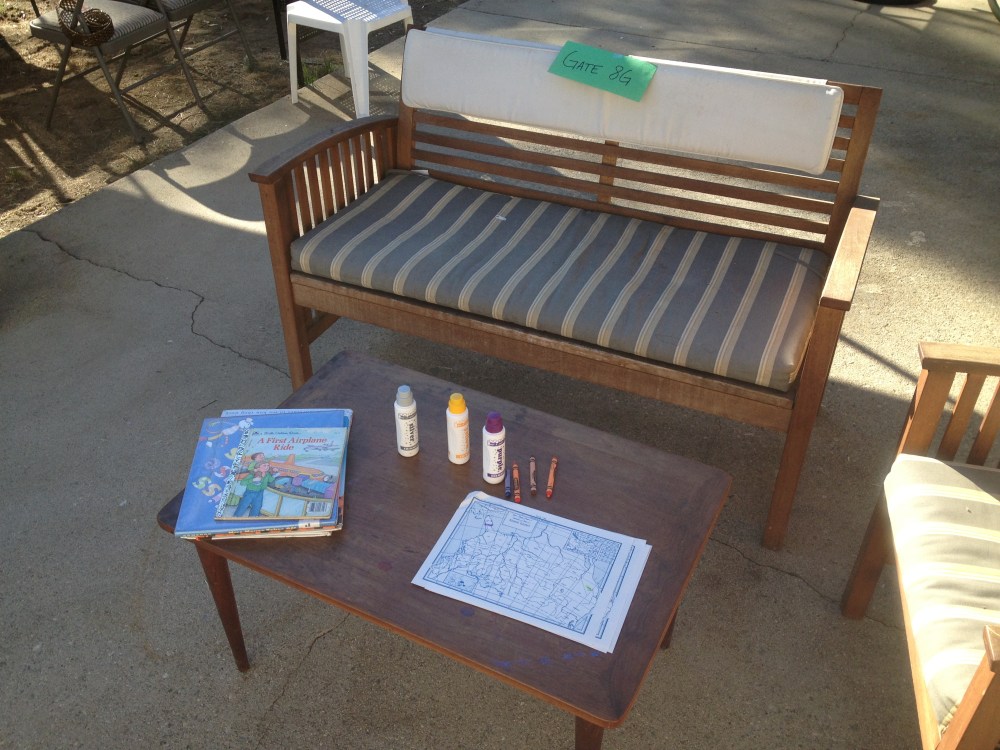 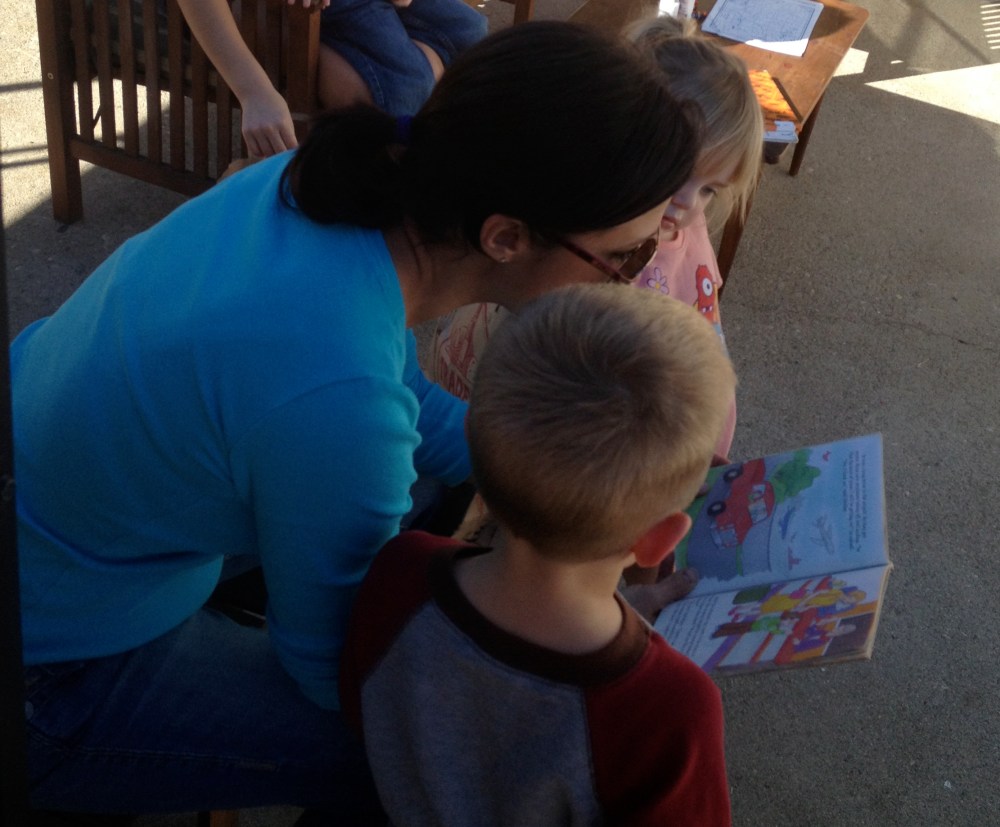 Once all the kids had finished their time at check out and the gift store, they had to find their seats (look at their boarding pass and match the number and letter) and put on their “seat belts.” I again have no pics of the actual plane trip, since I was a part of it.  I realized right away I am not very good at dramatic play or at least leading a bunch of people.  I hadn’t actually planned what to say for take off and such (and it showed!).  I had some lemonade (store bought) and honey roasted peanuts for the kids to eat “on the plane”. 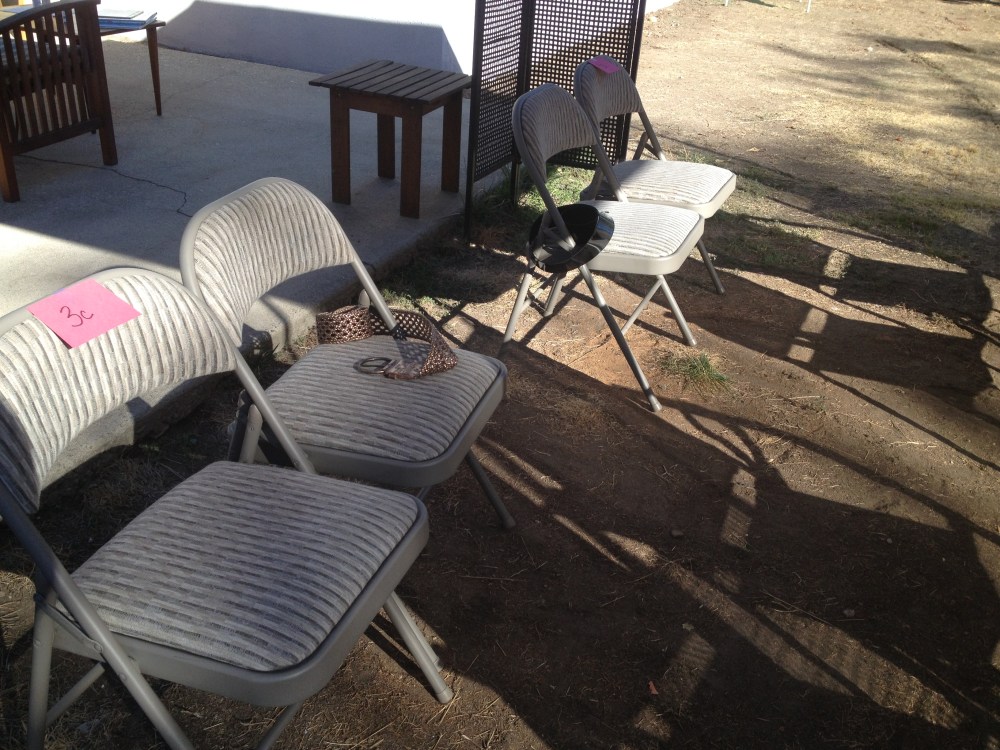 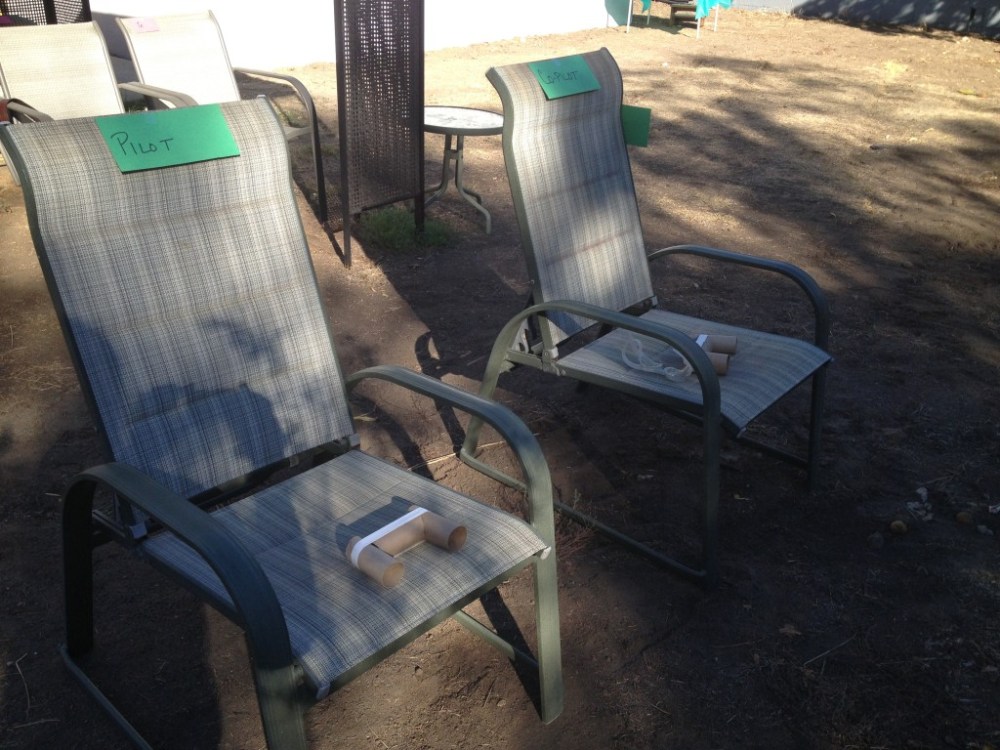 They also tried out being the captain.  So my husband did a great job making the pilot’s flying gear, unfortunately it looked a lot like the binoculars for our Bear Hunt. 🙂

Then it was off to making some planes of our own.  I went for very simple. Popsicle stick planes (which I never got out to buy), so toothpick planes it is and cotton ball clouds. And those are bubbles at the end of the table for whenever. 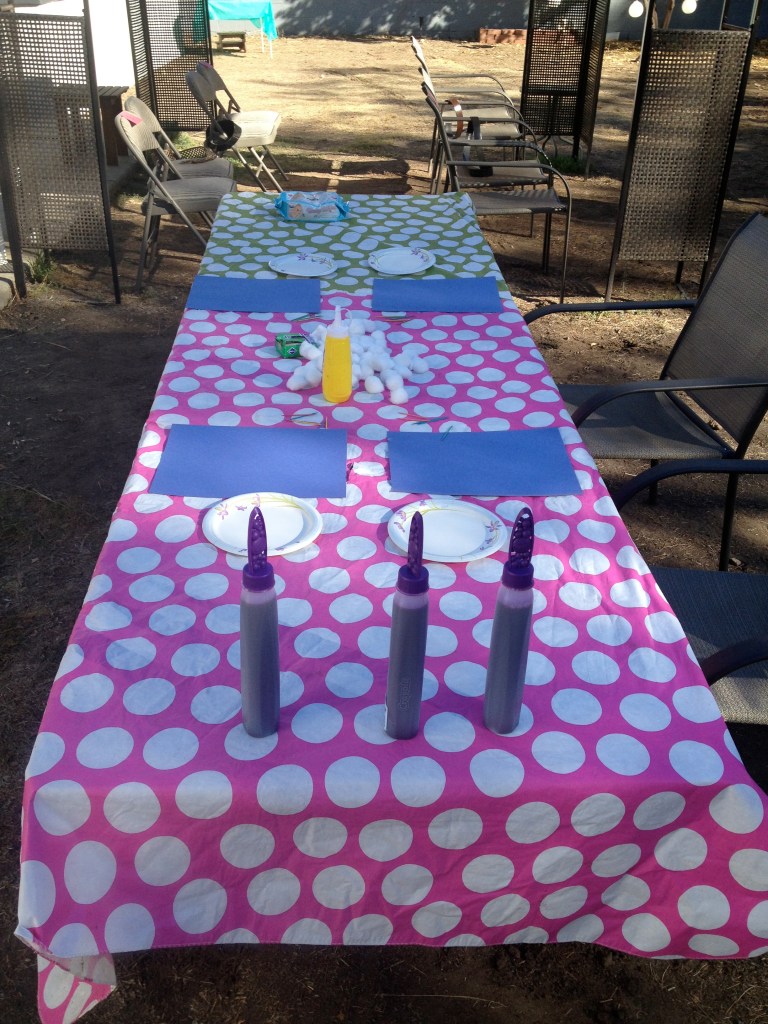 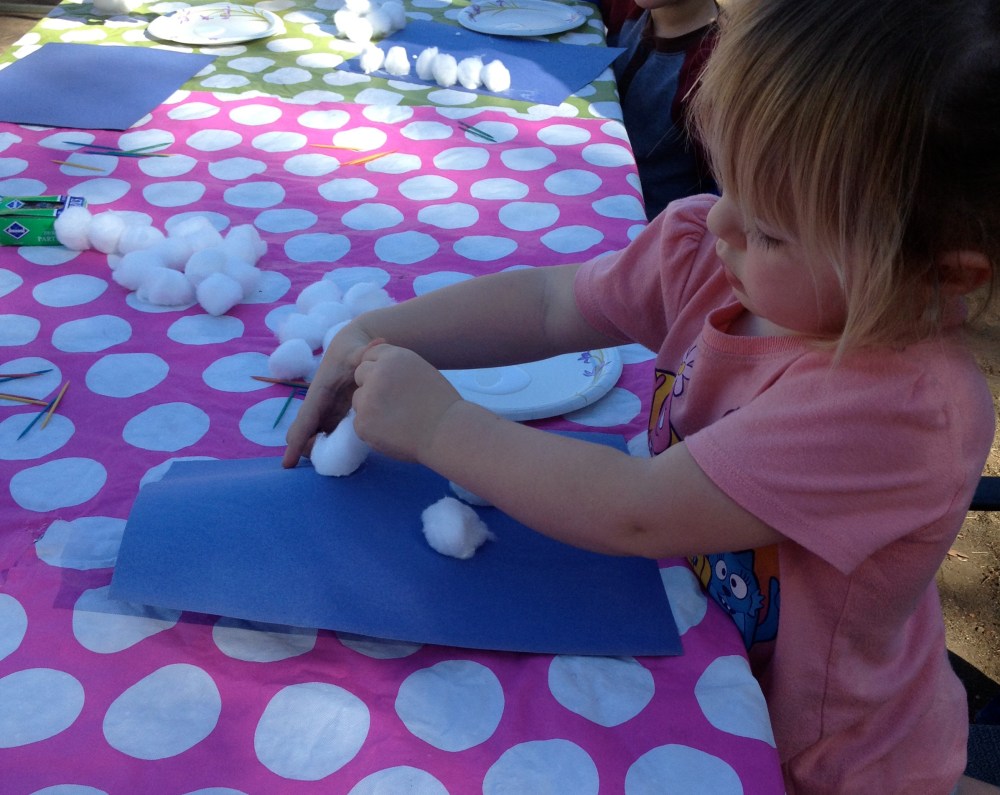 And of course, we had to have some planes to play with.  I found these non-military, plastic planes at Party City.  I put them together beforehand.  There was also a launcher that went with it, which I put in their gift bag to take home.

I set up a little course for them to fly their planes.  I had cut up yellow construction paper to show them where to go.  Here’s where they took off.  I had them climb over the table between the cones. 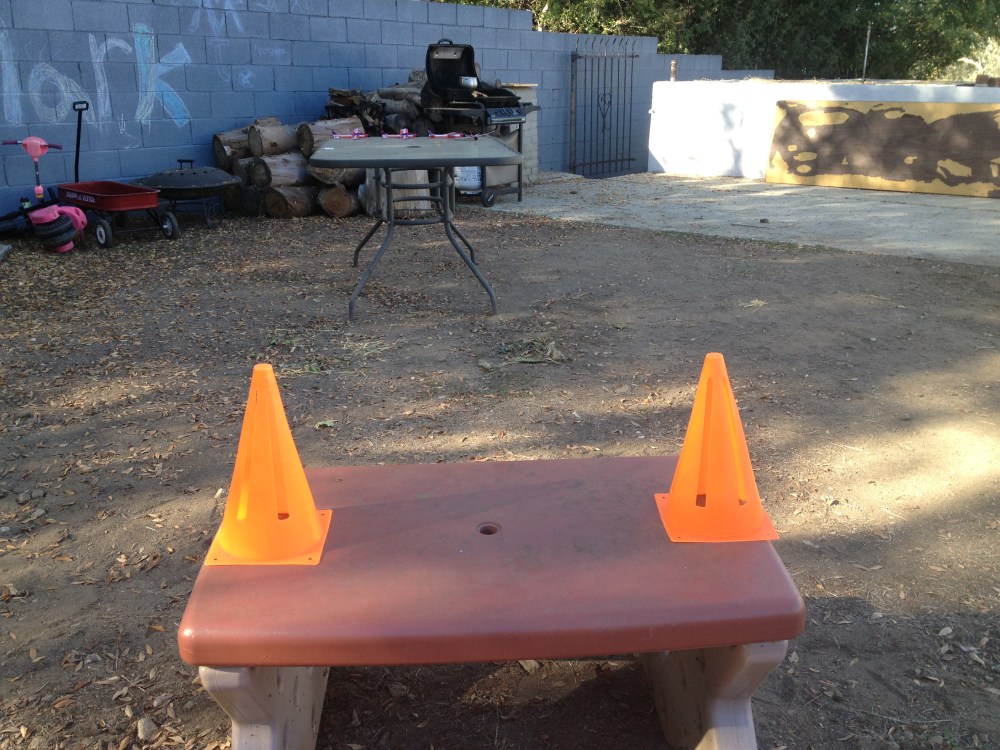 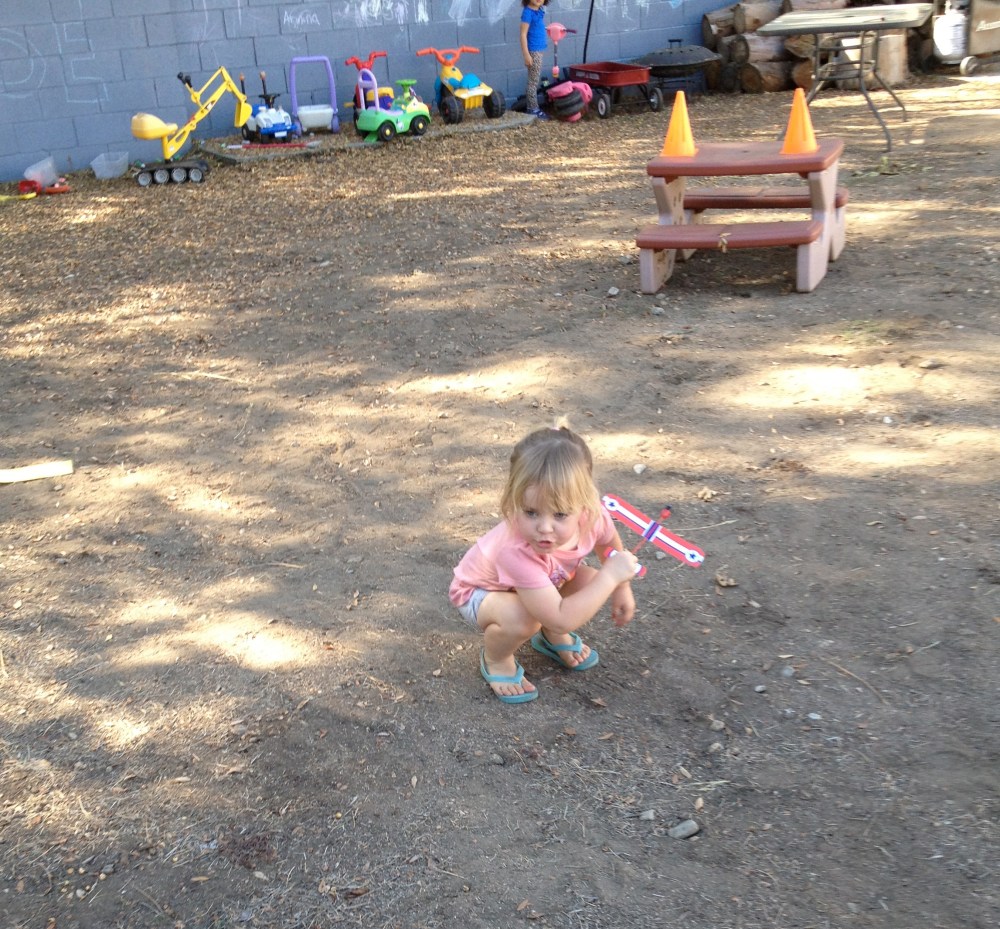 Through wind (I had leftovers. 🙂 ) 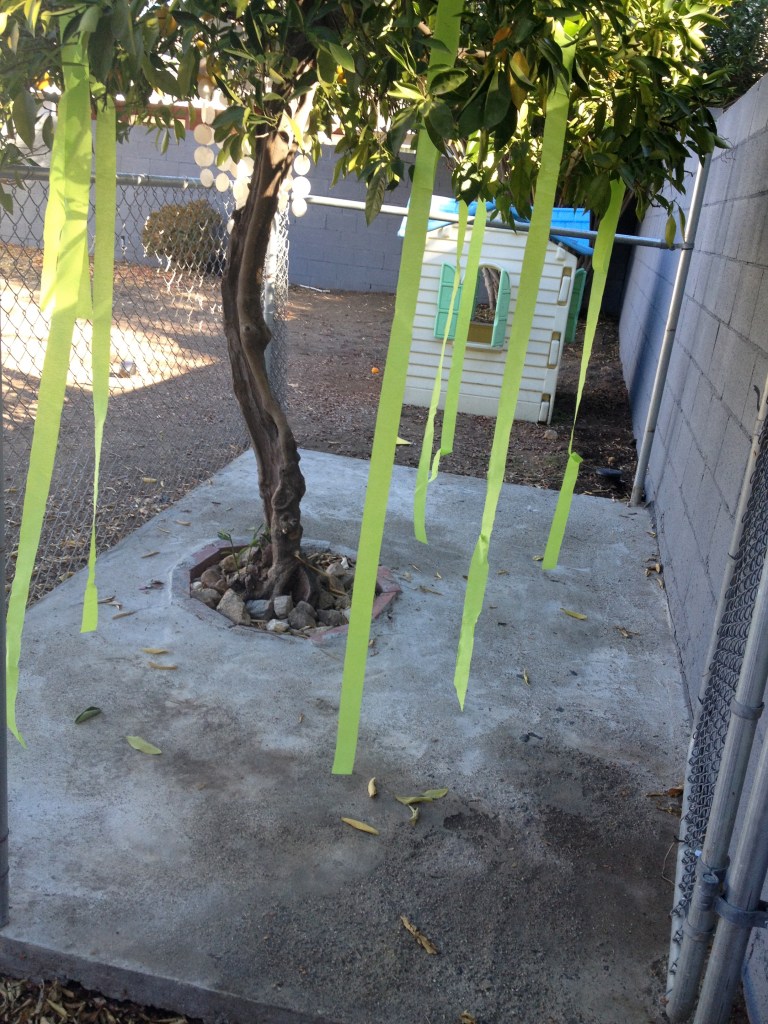 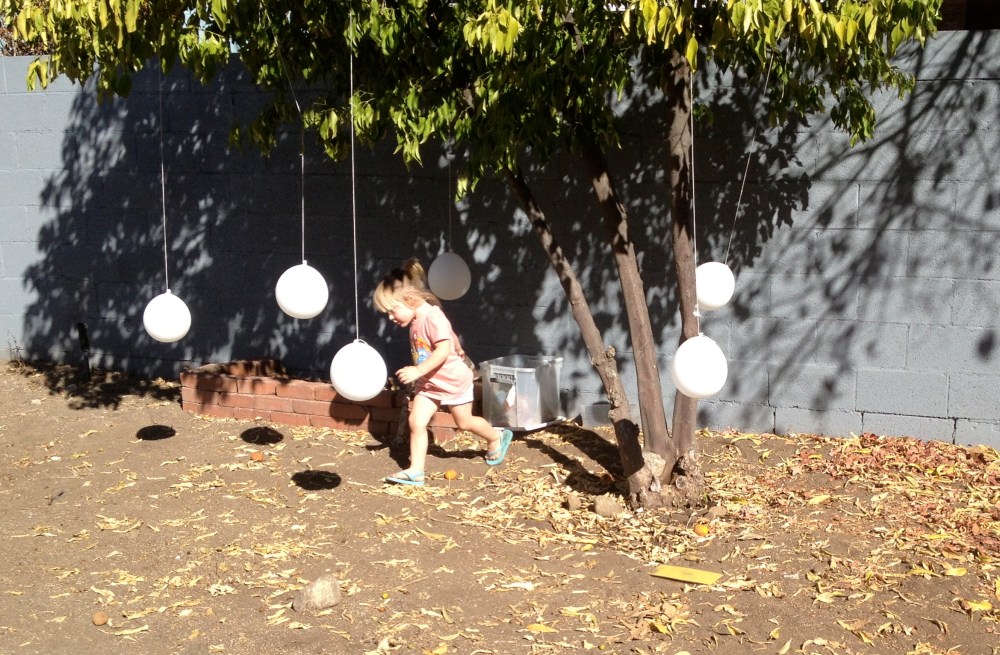 And then down a slide for landing.

After this, some flew the course a few more times.  Some went back to the plane to pretend play there some more. Some blew bubbles.  We had to bring the boarding pass gate to the back so one of my friends didn’t have to be all by herself out front since her daughter wanted to do that over and over and over again. 🙂

A great time for us all.

Lesson Learned: Put together some ideas for what to do and say during the drama part, so more dramatic play can happen.

You can find other Tot School activities here.

I have to give a special thank you to No Time For Flashcards, as their dramatic play activity was the inspirational post that got me on the road to creating my own activity.