At the end of our Fall Theme, we had a fall party! We invited a few friends and had a great time.

This one cost a little more than the Bear Hunt Party, mainly because I bought pumpkins, apples, squashes, cider and some sensory bin items.  But, using a lot of supplies I already had, I was still able to  come in under $40. And I have pumpkins and scarecrows as decorations, left over sensory bin items for next year and some apples, squash and pumpkins to eat (which we still have…almost four weeks later 😉 )

This was also going to be a 2 1/2 hour party, so I had a lot planned.  So that involved a little more prep time as well.  It took about an hour or so to set up the stations.

I made a leaf shape out of construction paper for the invitations.  My daughter colored them.  I asked each child to bring two apples and some leaves they find on a walk or at their house.

When the kids arrived, I had set up the science stuff out front, since these activities were a little more focused and needed more adult guidance.  The kids came and gave me their apples.  I cut off a chunk and put it on the kids cutting board to cut it into pieces for the applesauce. 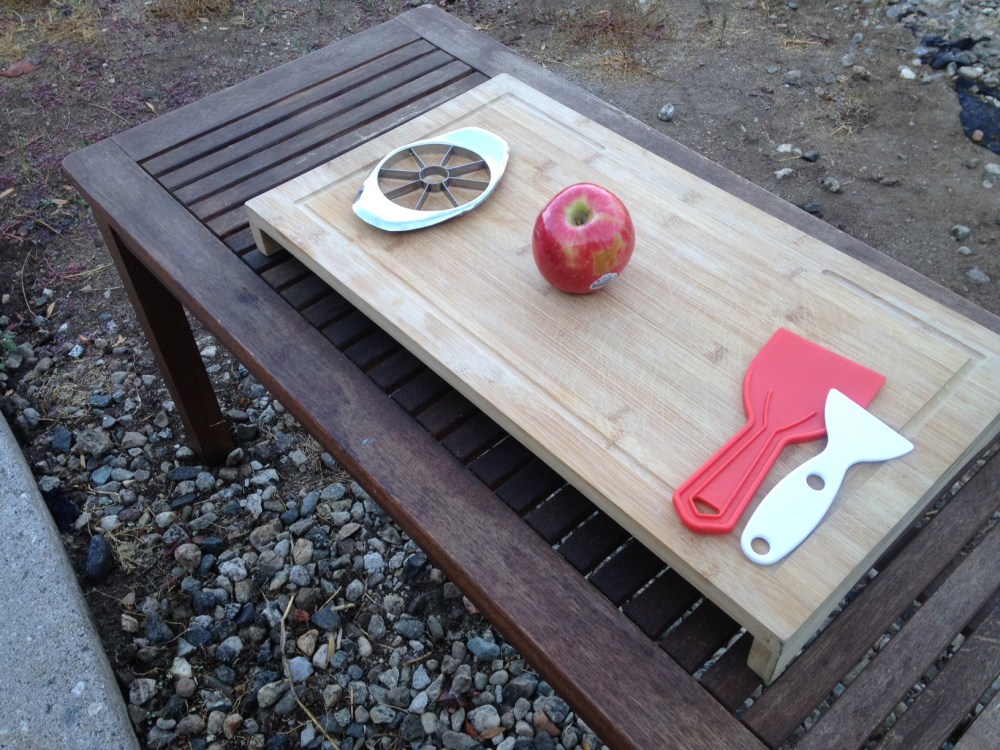 One of the moms had brought an apple corer/peeler, so each of the kids tried that.  Each kid then added a 1/4 tsp of sugar (there were only three of them) and a shake or two of cinnamon to the apples in the pot. (We boiled them with a tiny bit of water and then just mashed them and used a hand held blender.  They turned out sweet and delicious.) 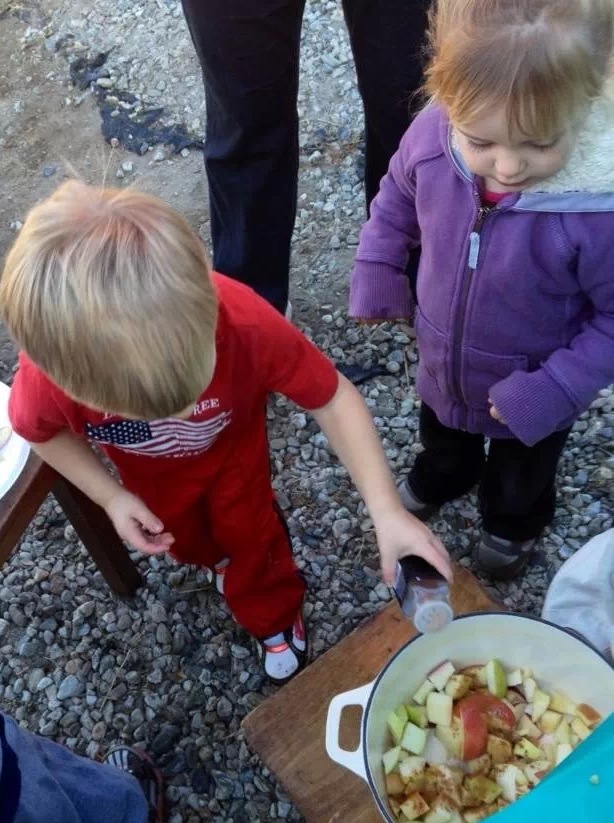 We tasted all the different apples.  I initially put all the plates out, but then realized that doesn’t really work if you want to actually have them deliberately try each one.  So we did them one at a time, naming them and trying them, and we moms commented on them (crisp, tart, mealy, sweet, etc.).  Then we asked them which was their favorite, and then they just scarfed down the rest. 🙂 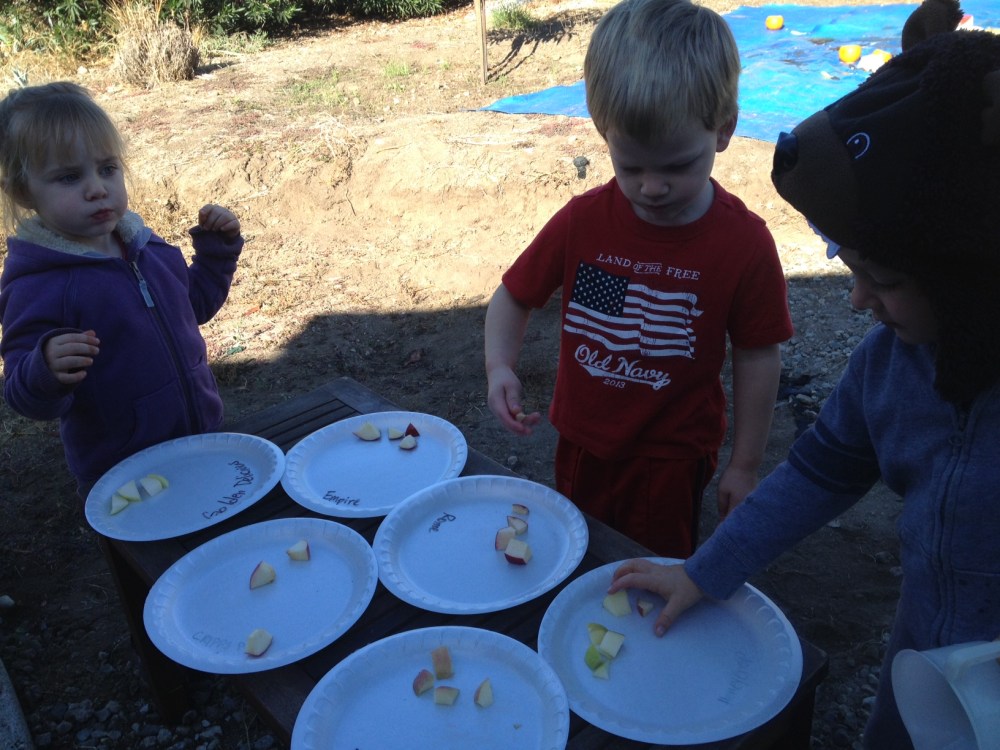 *Idea from Discovery Bay’s Our Place Preschool
(It’s a Facebook page, and it’s an incredible resource!)

Once they had cut their pieces they moved over to the pumpkins. 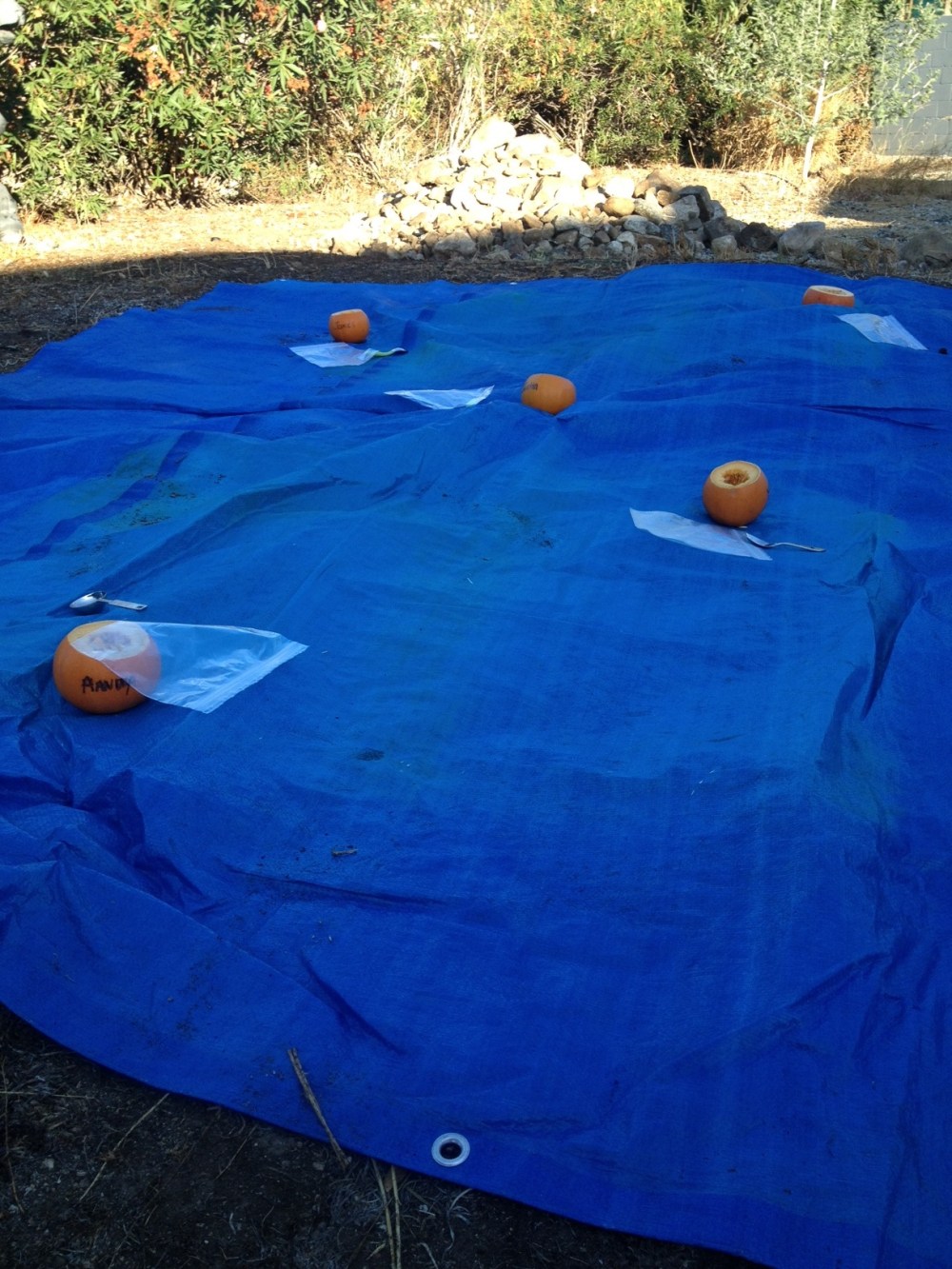 They scooped out their insides (needed a little help from moms).  Then they came to me for their baking soda and vinegar.  They really loved this.  They just kept coming back again and again. (We did this in between the apple cutting and tasting. I needed time to cut up the rest of the apples, where my “lesson learned” came from below.)

Once they were done with that.  We guessed whether pumpkins would float in water .  Then they each dropped one into the bucket.  They all floated!  I was so surprised when I found out about that. 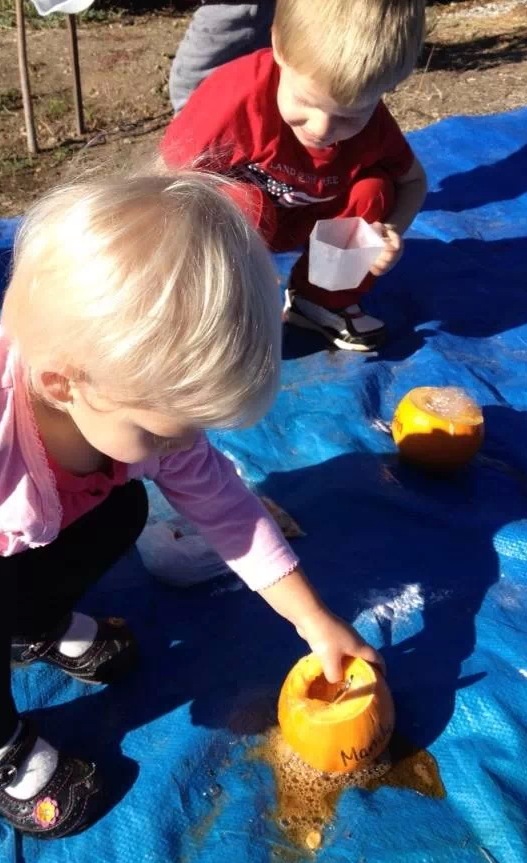 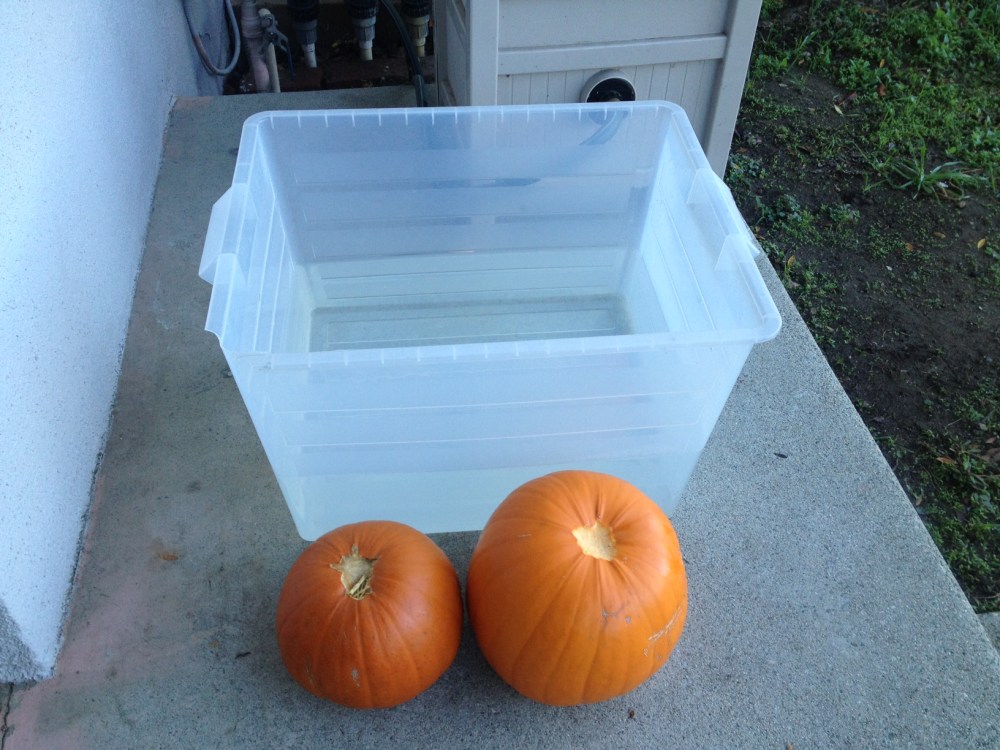 I grabbed the bucket of water and we all headed to the backyard. I had some popcorn and apple cider ready for them.

I had initially thought they could just choose whatever stations they wanted and then go for it, but they’re still so young, that they did need more guidance.  But, I’m of the firm opinion if they don’t want to do something, they don’t need to.  So, some did everything, some did only a few things, and some kids played with toys I had in the backyard, which is also fine with me.

I planned this party on a weekday after we had a potluck with a 100 guests the Sunday before, so all the tables and chairs were set up.

We did the art projects first, which was great, because those were a bit more focused and needed time to dry before taking them home anyway. 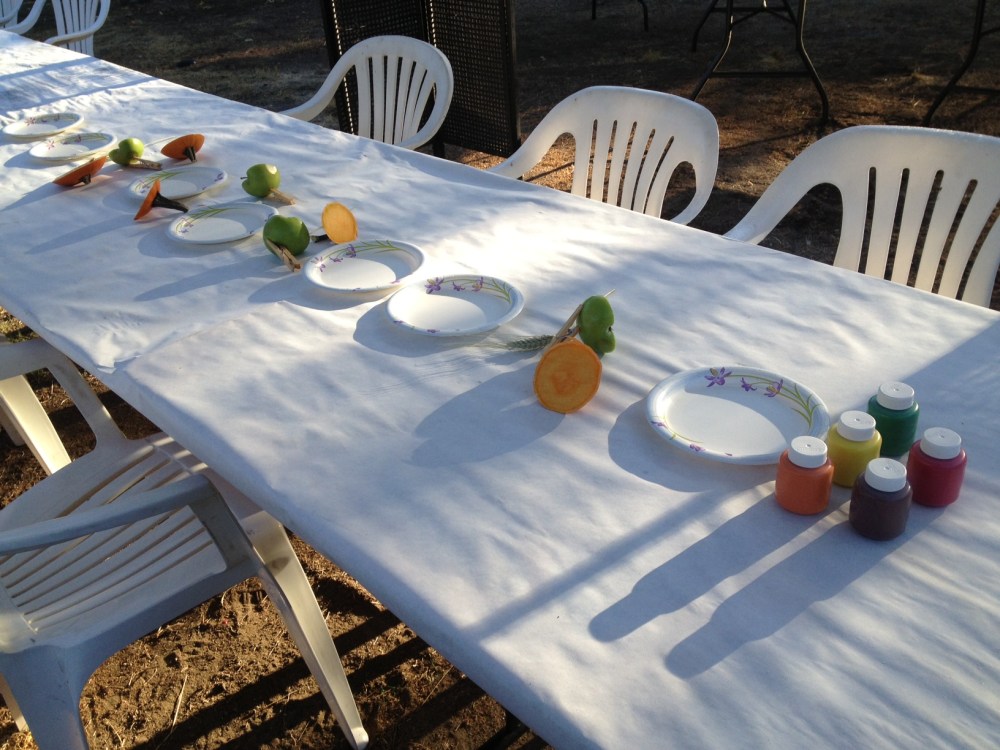 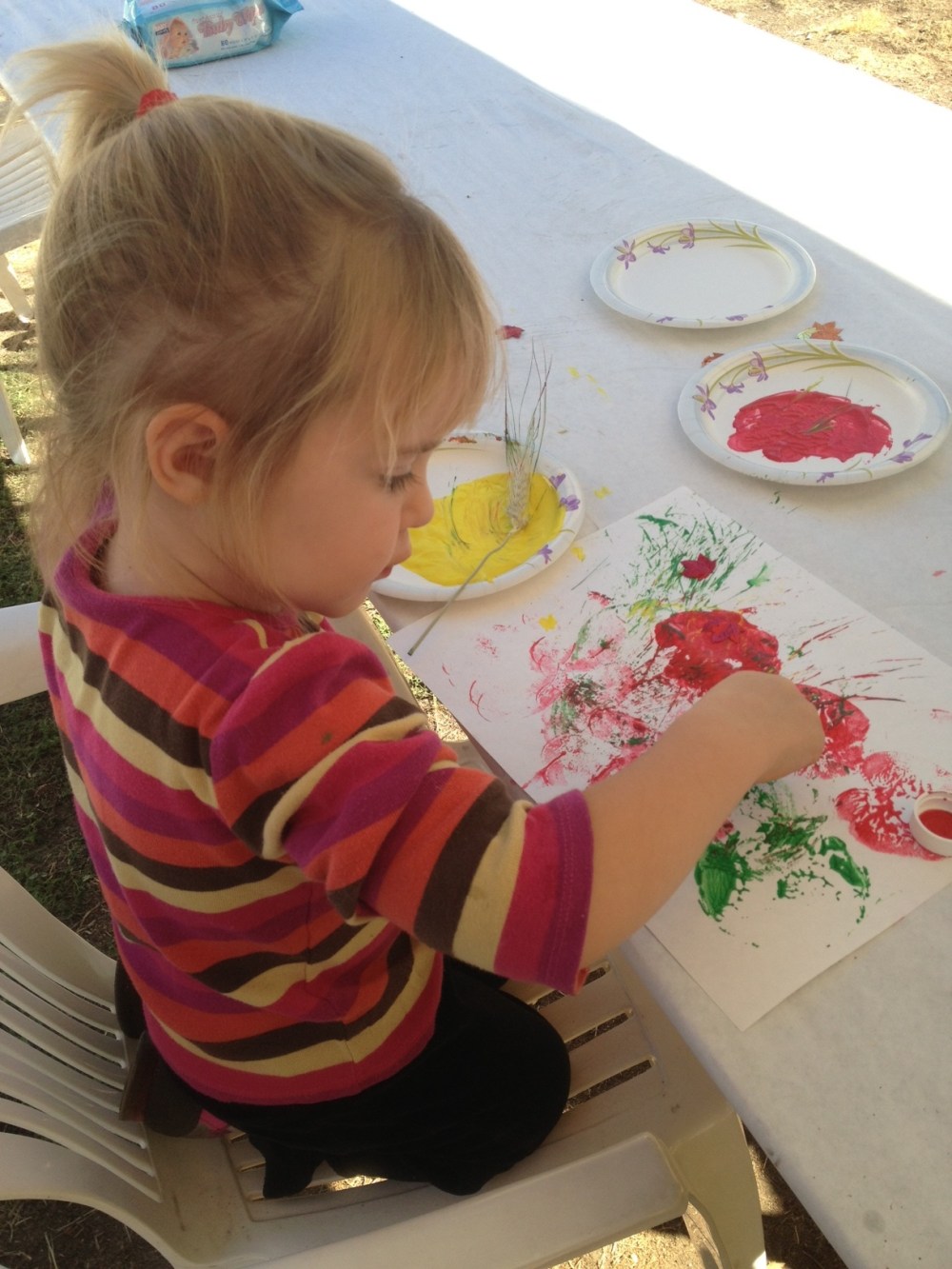 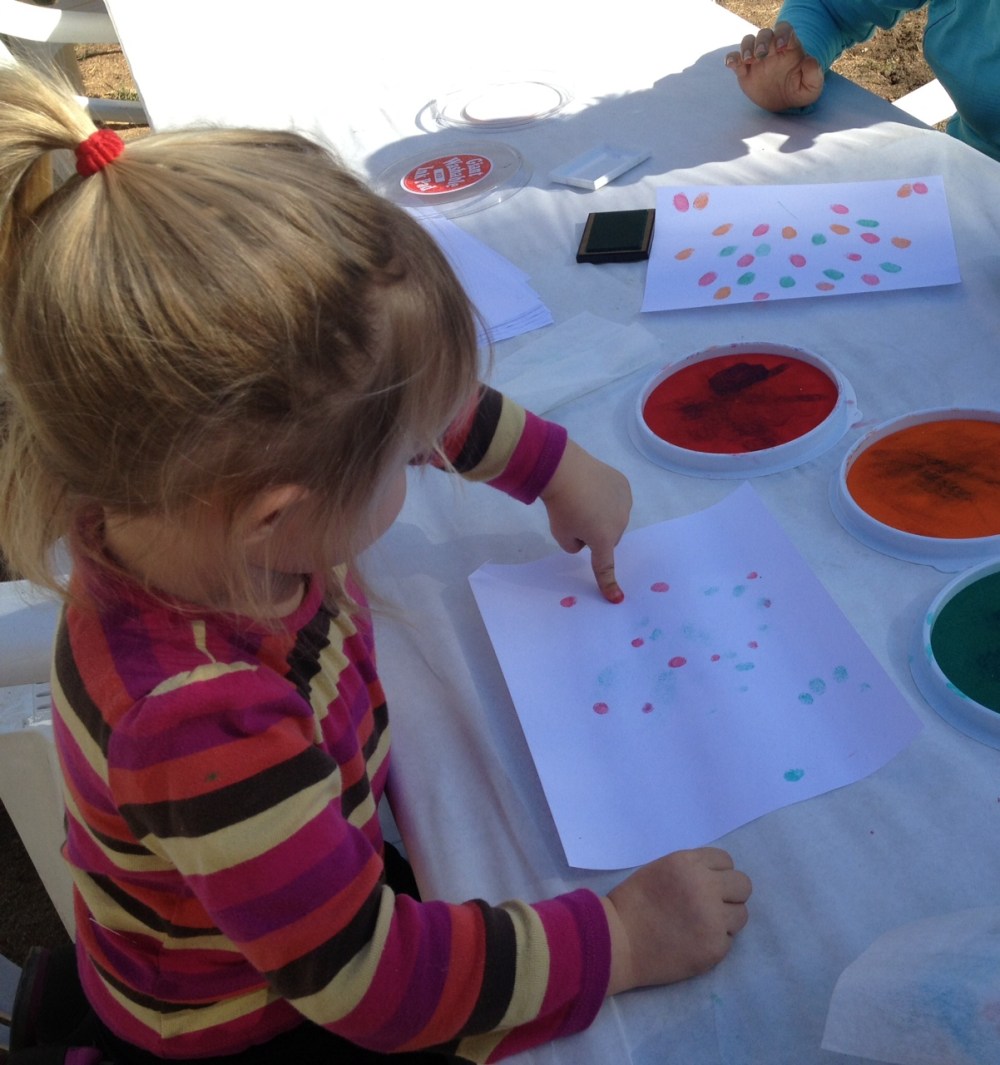 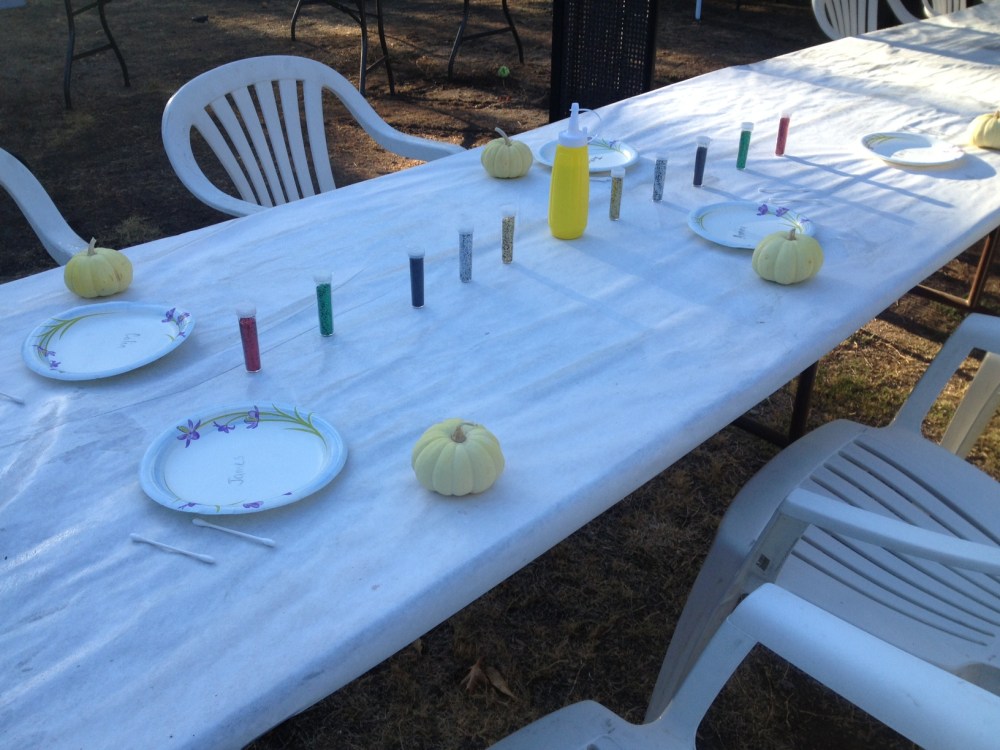 *Inspired by Life with Moore Babies 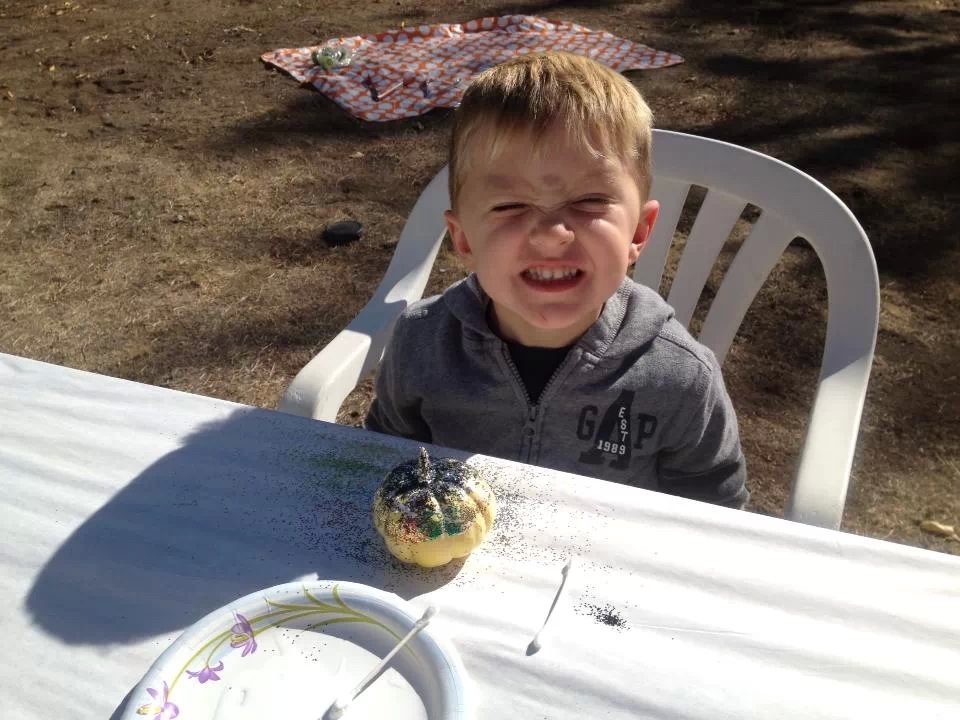 Then they were off and enjoying all the fun. (By the way, I had some older elementary kids the next day and they did all the activities too! So good fun for all ages.  They even enjoyed the sensory bin. 🙂 ) 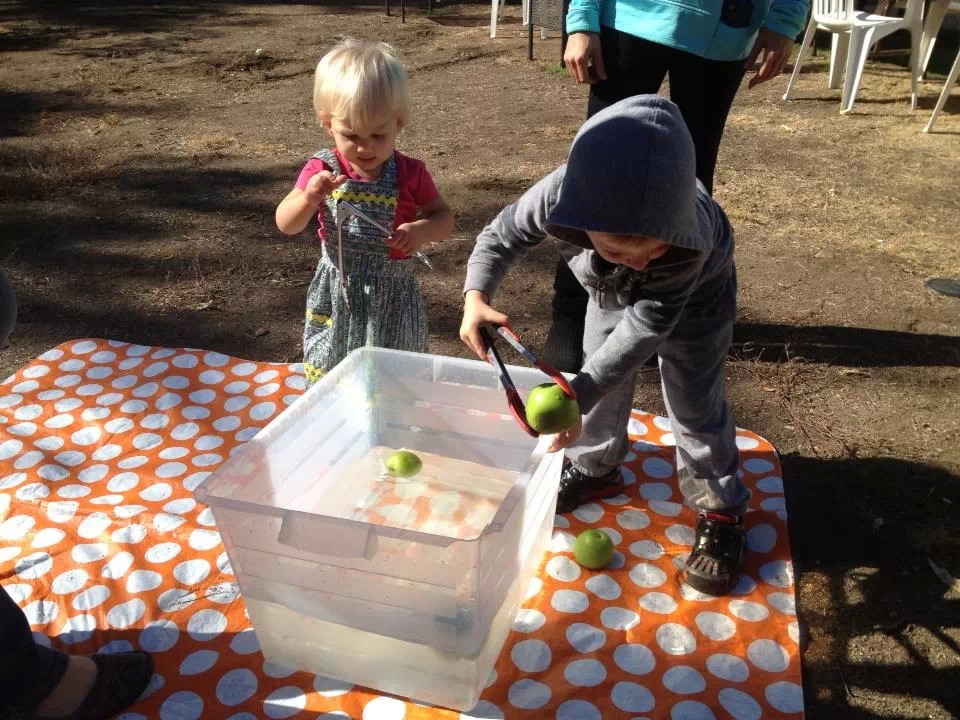 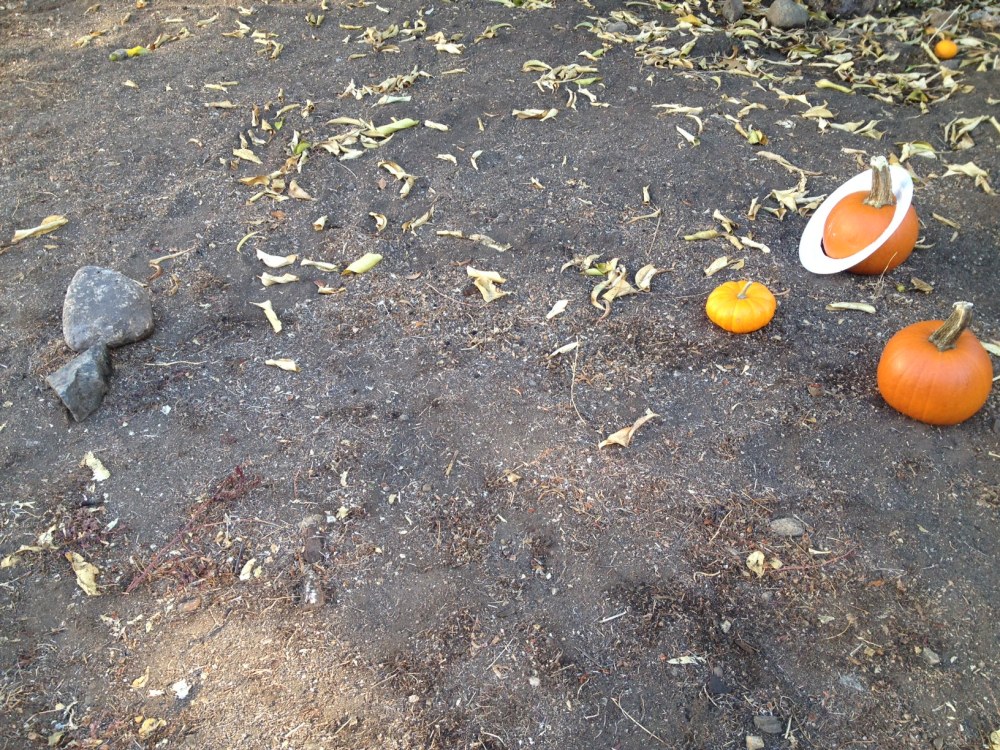 *Idea from Growing a Jeweled Rose 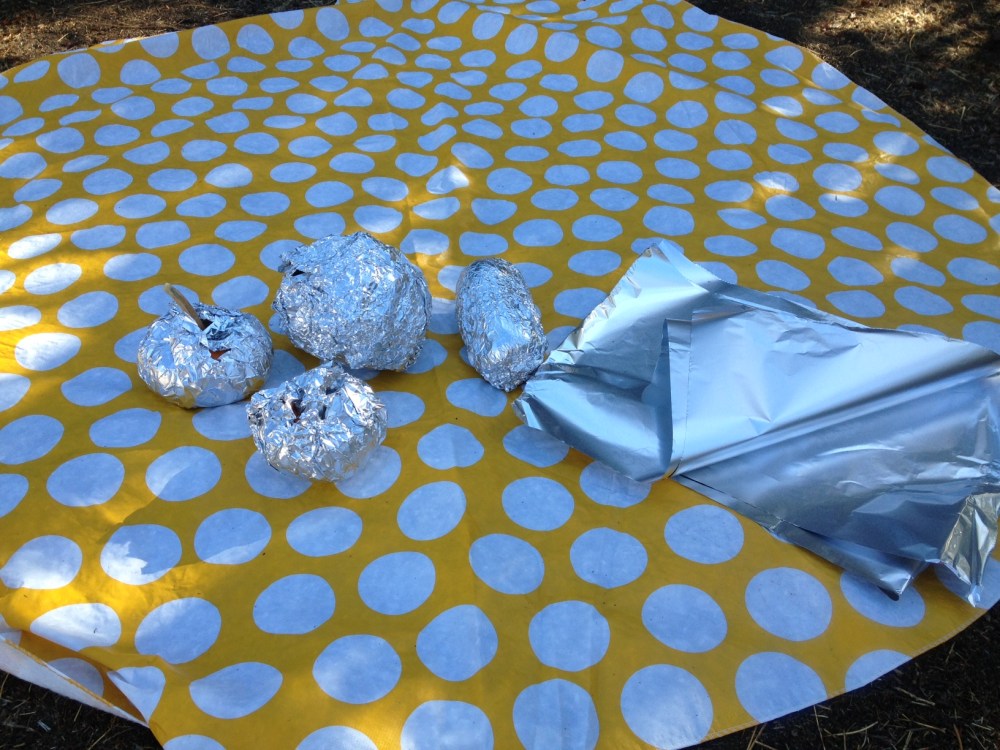 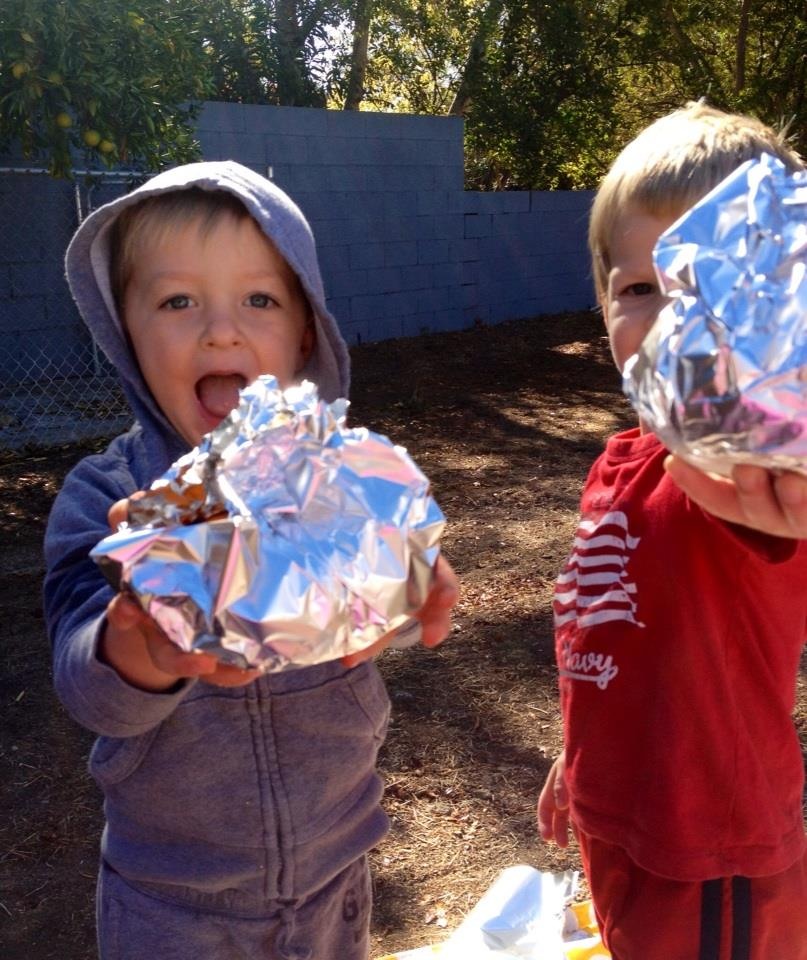 Very proud of their wrapping skills. 🙂 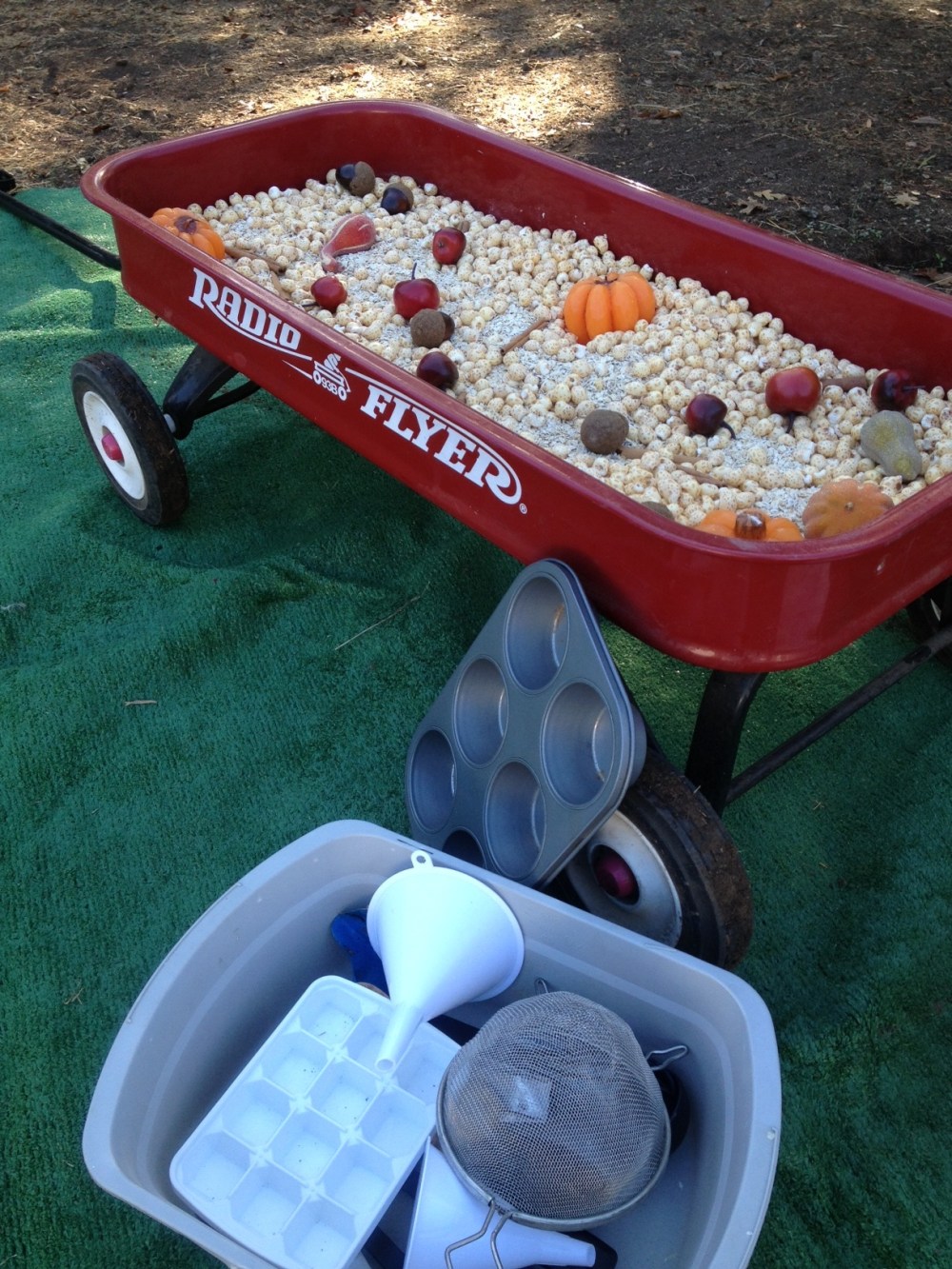 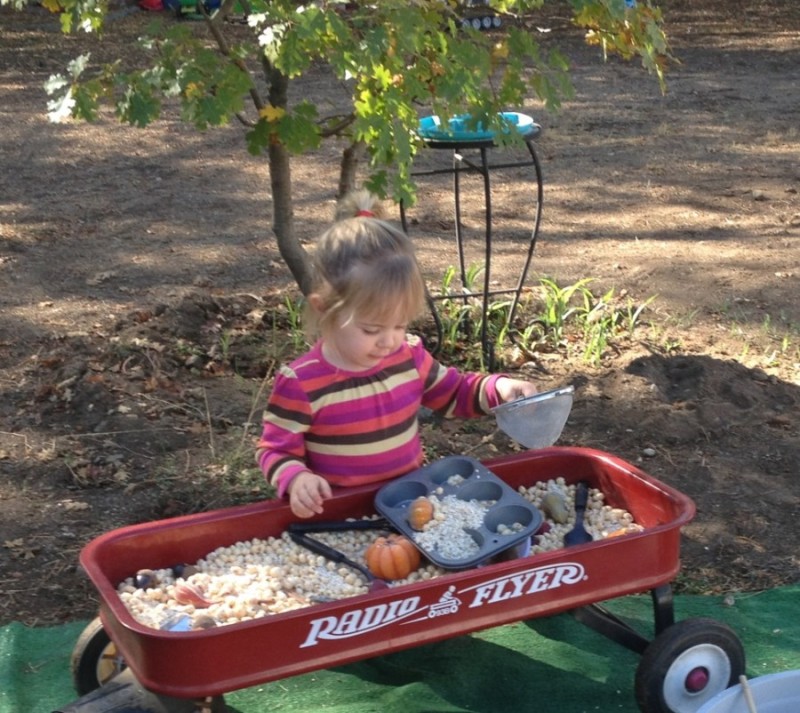 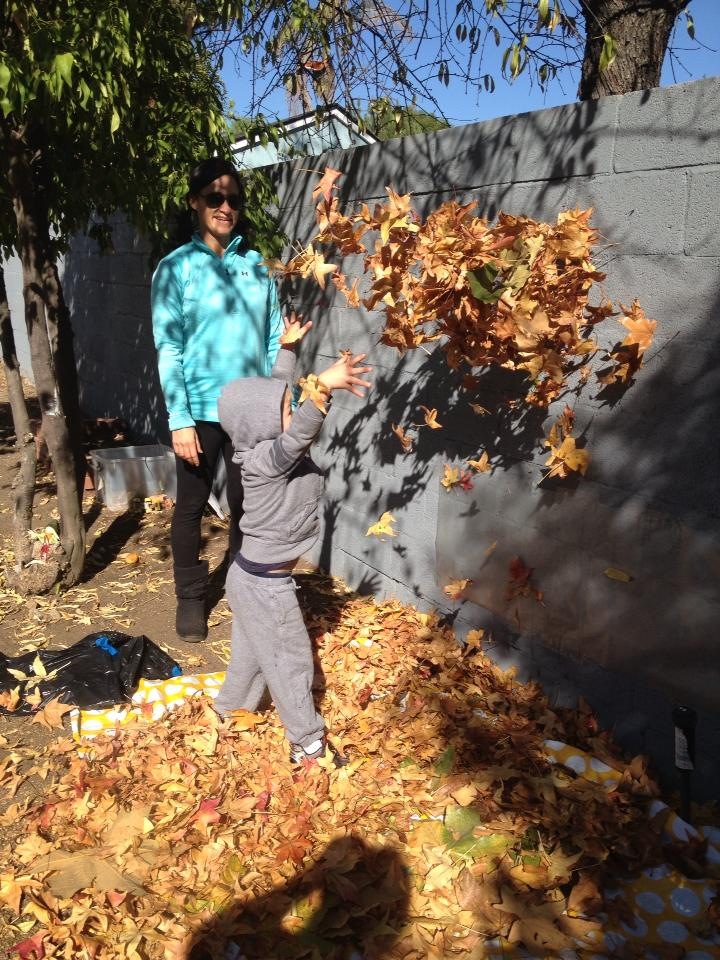 Lesson Learned: Make sure there is less for me to do during the party (i.e. be more prepared), so I can have fun with my daughter.

For inspiration and more ideas, check out my Fall Theme Pinterest Board