My  sister-in-law is homeschooling her 4th and 2nd grader.  She is not a fan of California history (crazy!), so I offered to try and put together some field trips for the kids.  We live in the general LA/San Gabriel Valley area, so you won’t be finding us taking any Sacramento trips. I love my niece and nephew, but I’m definitely not taking them that far. 🙂

For our first trip, we focused on the Native American group in the area (Tongva) and exploration by the Spanish, by means of the LA River and Arroyo Seco. This lesson plan can also be used for any area, you’d just have to find the locations, but the basic premise would fit in easily.

One of my goals in doing this is to try and get my mind away from how to educate the masses and how to guide learning for a few kids.  It was challenging to come up with something, but then also make sure I wasn’t pushing them to do things that would take away from the experience. I felt like I needed a purpose while we were doing this, so I came up with a pretend mission from the Spanish king. 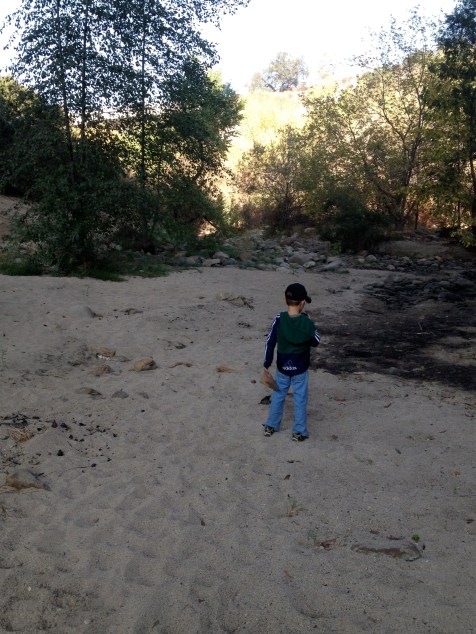 Clipboard for the car:

Other items I had:

Took us 4 hours and 45 minutes, but I was rushing them sometimes.  I had to stay on schedule so I could get my daughter back for her nap.  So, could easily have spent more time.

8:00 Picked up (at the beginning and end of each drive, had them write down when we left so we could see how long it took us.  Then at the park we calculated how long it would’ve taken us on a horse. Horses travel 20-30 miles a day is a good journey.)

This is a free park.  LA Arboretum is free on the third Tuesday of the month. 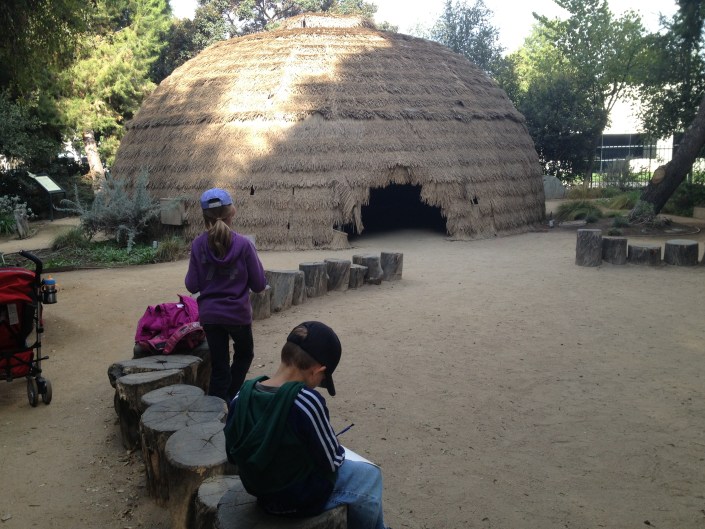 Described the wildlife and plants (choose one animal and one plant to do a quick sketch and describe)…if interested they could tally marks on laminated bird, plant and animal laminated pages (they weren’t really…but we were able to find  some of the birds which was great).

Fed birds bread (basically was just a game to see how far they could throw it, since the River is far down — had some good talks about why they cemented it in, but also how sad that it’s so urban.) 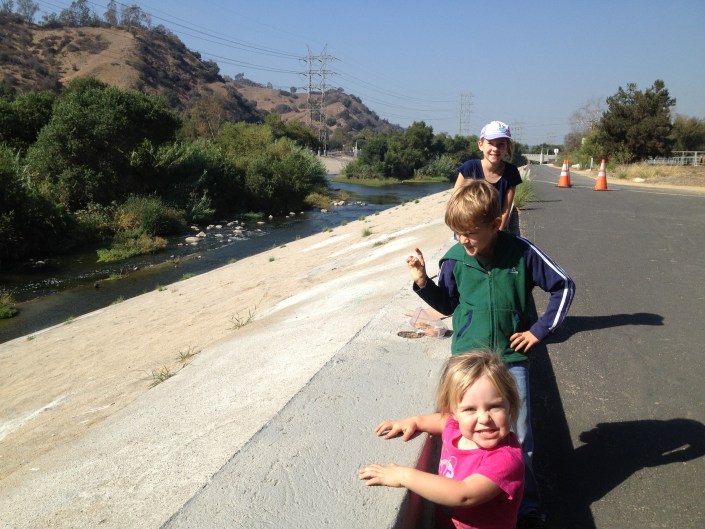 North of the golf course, walk along river there…paused to draw a map of the “river” they see — there was no water. It was early Fall, but also a good chance to bring up the drought.

On the way, pointed out the concrete channel, noticed the difference between the two sections of the river. Handed out bags before going into the brush for them to collect samples.

And while driving to Hahamongna Park, looked out at the dam above Arroyo Seco – looked out over the watershed (quick description in notebook – imagine an American Indian village there!) (if time, get out of car) 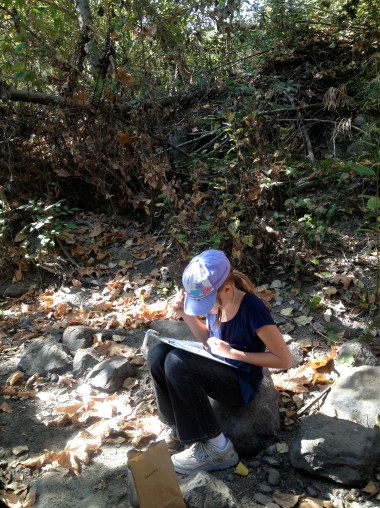 Explore (look at the watershed again) and add another quick description of an unpopulated area, picnic with the king.  Tell king what they think about the area and share items collected. 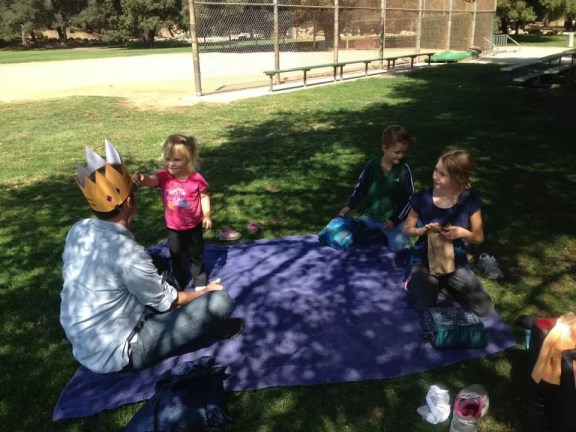 The Hahamog’na, are a tribe of the  Tongva People of California.

Hahamog’na was the name of the tribe’s chief.  The tribe’s name and the place in which they live also take his name. Hahamog’na was met by Gaspar de Portolà of the overland Mexican Expedition in 1770. When he converted to Christianity, Hahamog-na was given the name “Pascual” and his tribe became known as the Pascualite Indians.  This name preceded the naming of Rancho San Pascual, part of present day Pasadena, San Marino, and South Pasadena,.

If you want to read more go to Wikipedia (I know, I know! But it’s for a fourth grade field trip.  I just needed a little background info to get through the day.  Don’t shoot me! 😉 )

(I can’t figure out how to download docs here.  So for now, you’ll have to cut and paste. Sorry!)

If we had traveled by horse:

How long would it have taken us, if we were on horseback—just the traveling part!

(Could do if we had walked too!)

Letter from the King 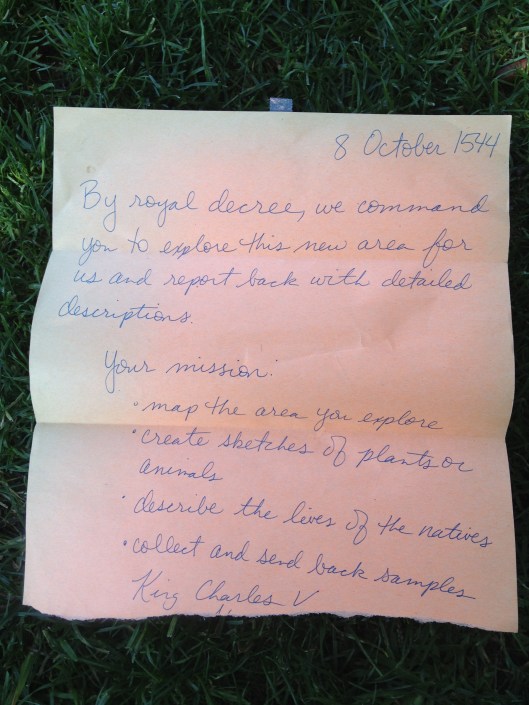 By royal decree, we command you to explore this new area for us and report back.